This project was made for "procedural generation" jam, but now I want to impove it and add more content and gameplay features.

Lootworld - a voxel indie game with roguelike and old school FPS elements. Started out as a Minecraft clone, but without the emphasis on mining, building or crafting. The game does include this sort of mechanics, but only as an optional feature. The gameplay is primarily focused on exploration, fighting monsters and - of course - sweet, sweet loot.

Other features included in the current version of the game are:

Planned for future releases (no exact date of implementation yet): 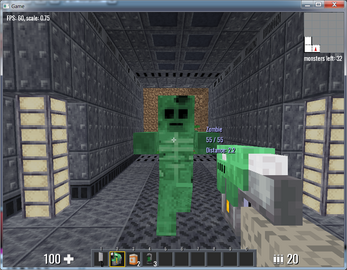